Protests, not politics, are center stage for this Iran-US game at World Cup | Opinion

While Iranian players did not sing the national anthem before their first game, it is an almost unwinnable position the players are in. 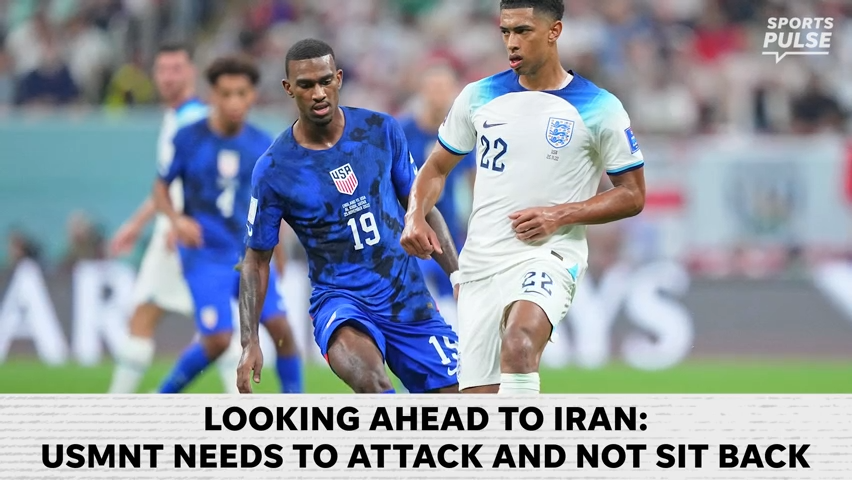 Former USWNT player Joanna Lohman breaks down USMNT’s draw against England and what it means for their matchup vs. Iran in the World Cup Group B finale on Tuesday.

DOHA, Qatar — The sides were clear the last time Iran and the United States played in a World Cup.

It was 1998, 20 years after the overthrow of the U.S.-backed government in Iran, and America was still the “Great Satan.” To beat the USMNT was to strike a blow for national pride, and if there were any conflicted feelings over whether Team Melli represented the people of Iran or was a tool of its theocratic government, they could be left for another day.

Now the United States is almost a bystander in the political overtones surrounding Tuesday’s game, the protests that have inflamed Iran engulfing the team at the World Cup.

“It’s going to be a lot less about US-Iran tensions and more about Iran-Iran tensions,” said Kristin Diwan, a senior scholar at the Arab Gulf States Institute in Washington, D.C.

Other than an awkward and brief show of support for women in Iran by U.S. Soccer over the weekend and performative questions by Iranian journalists to U.S. coach Gregg Berhalter on Monday, there seems little appetite for making this game a proxy war in relations between the two long-at-odds countries. Given the very real tragedies occurring in Iran, it seems inappropriate and out of place.

US SOCCER:  USA federation needed a better plan than taking down Iran posts

MEET THE TEAMS:  Every player on USA, Mexico and Canada

DAILY SPORTS, DELIVERED:  Get the best Sports news in your inbox!

Protests that broke out following the death of Mahsa Amini, who had been arrested by the morality police for allegedly violating the conservative dress code, have swept the country and grown to include men and women, young and old. While “Women Life Freedom” remains the rallying cry, protesters now are demanding regime change.

The tension has carried over to the World Cup, where fans wearing shirts with Amini’s name and carrying opposition flags and banners have clashed with government supporters. Some fans booed during the anthem before the first game. The media covering the team, officially state-affiliated or not, is decidedly pro-regime.

And in the middle of all this are the Iranian players.

Team Melli, as the national team is known, is seen by many to represent the Islamic Republic rather than Iran. Some have criticized the players for being an arm of the state, even though several have expressed support for protesters and the team did not sing the national anthem before its first game, against England. The team did sing the anthem before the game against Wales, but it was muted, devoid of passion and enthusiasm.

It is an almost unwinnable position the players are in.

The government’s response to the protests has been brutally violent, with hundreds of men, women and children beaten, shot at, arrested and even killed. Former players, once considered national heroes, have been arrested or had their passports confiscated for supporting the protests, taking part in them or criticizing the government.

There is little doubt the current players, nine of whom are based in Iran, could face reprisals when they return home, or that their families will suffer the consequences, if they are seen as being anti-government.

“This is the national team and they will expect the team to represent the government in a way that reflects positively on it,” Diwan said. “It’s not risk-free at all, taking a stand.”

Iran coach Carlos Queiroz has tried to act as a buffer, reminding people after the first game that his players “are kids” and refusing to be drawn into anything that could be considered remotely political ahead of Tuesday’s match.

“We have solidarity to all humanitarian causes. … If you talk about human rights, racism, kids that die in schools with shootings, we have solidarity with all those causes,” Queiroz said Monday. “But our mission here is to bring the smiles for the people for 90 minutes. That’s our mission.

Iranian journalist just asked Berhalter why he hasn’t asked US gov’t to remove a Naval ship from around Iran. That’s where we are today.

Queiroz had reacted angrily when former USMNT coach Jurgen Klinsmann, who is working as a broadcaster at the World Cup, used the word “culture” in criticizing Iran. But Queiroz refused to discuss Klinsmann on Monday, and brushed aside questions about U.S. Soccer removing the Islamic Republic emblem from Iran’s flag in two social media posts.

The posts, meant to show “support for the women in Iran fighting for basic human rights,” were eventually taken down.

“If after 42 years in this game as a coach, I still believed I could win games with these mental games, I think I did not learn anything about the game,” Queiroz said dismissively. “This is not the case.”

Iranian officials, seeing an opportunity to direct the conversation away from the protests, have called the posts an insult and threatened to file a formal complaint with FIFA. Iranian journalists, working in service of the government, asked Berhalter why he hasn’t requested the U.S. government remove the fleet in the Persian Gulf and to explain why Iranians are not allowed to visit the United States without restrictions.

U.S. captain Tyler Adams, who is biracial, was asked about systemic racism.

The Americans are such a young team that some weren’t even born the last time the USMNT and Iran played in a World Cup. The “Axis of Evil” means nothing to them, and the hostage crisis is something they maybe studied in history class.

For them, Iran is another opponent not a geopolitical bogeyman. The only statement this game makes is whether they will advance to the knockout rounds.

For Iran, the stakes are higher – both here and at home.

“We would like to make our people happy,” Karim Ansarifard said Monday. “We will do our best, certainly, to keep the head of our country up.”

While it is in the best interest of Iran’s besieged government to style this game as another battle with the “Great Satan,” that didn’t ring true in 1998, Diwan said. She was in the stands for that game in Lyon, France, and recalls it being “like a festival,” with U.S. and Iranian fans trading stickers to put on their faces.

And the rhetoric is unlikely to fool anyone now, when there is blood being shed at government hands back in Iran.

“It does complicate the story a little more when … Iran is itself in a competition of what its own future will look like,” Diwan said.