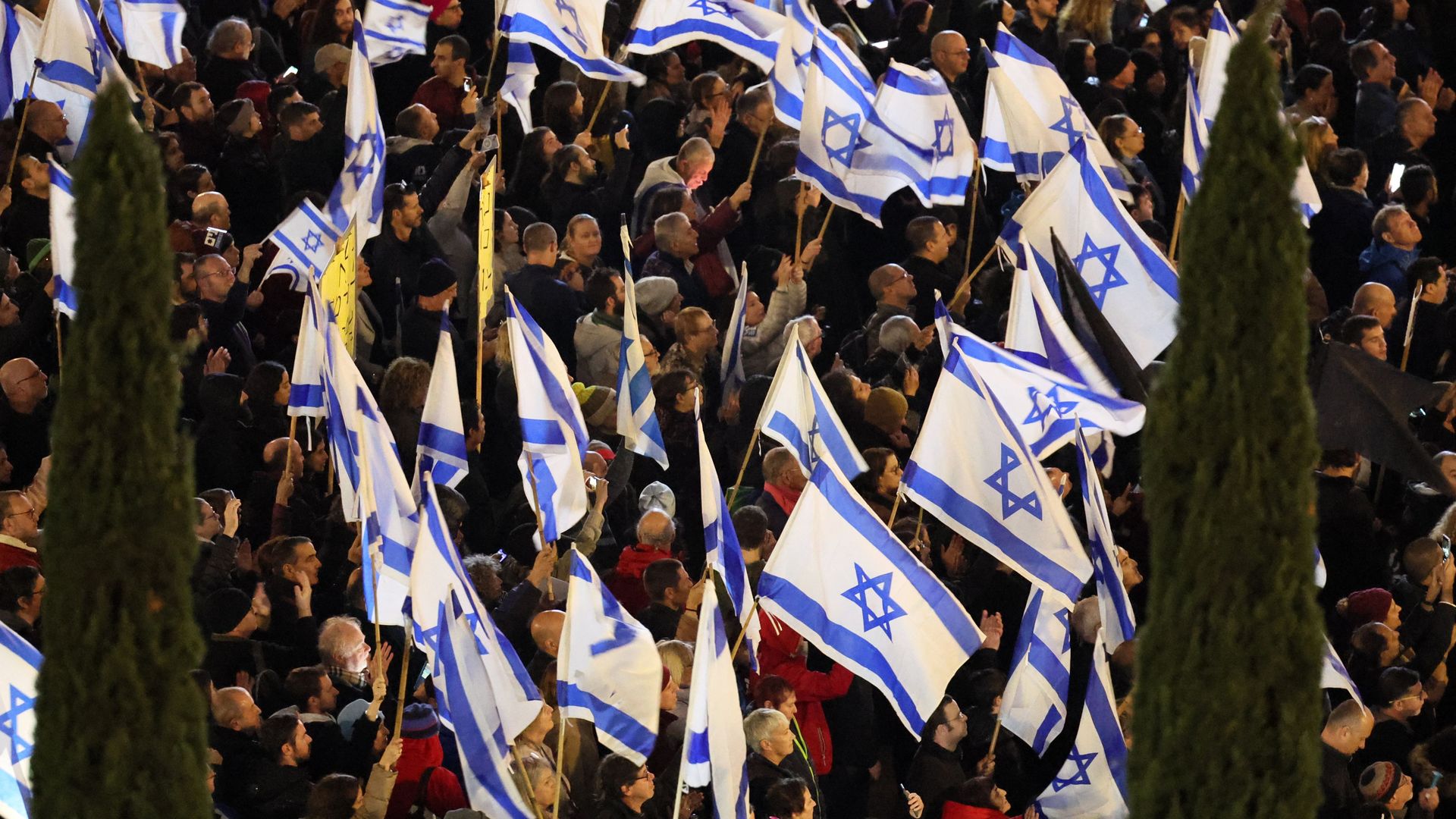 TEL AVIV — Tens of thousands in Israel gathered in the pouring rain to protest against the Netanyahu government’s plan to weaken the Supreme Court and other democratic institutions.

Why it matters: The plan, announced less than two weeks after Prime Minister Benjamin Netanyahu’s right-wing government took office, has deepened political divisions and stoked fear among some that the heightened tensions could tear Israeli society apart.

Driving the news: Authorities estimated that up to 80,000 people came out for the Tel Aviv protest, while several thousand rallied in front of the president’s residence in Jerusalem. Marches were also held in other cities across Israel, including in the northern city of Haifa.

Catch up quick: The government’s plan, if implemented, will significantly limit the Supreme Court’s ability to review laws and strike them down.

The plan envisions giving the government and the coalition in parliament absolute control over appointing judges.

What they’re saying: Israeli opposition parties, grassroots organizations and others have come out strongly against the plan, with legal experts saying it will eliminate the ability of the judicial branch to do the checks and balances against the executive and legislative branches, which are both controlled by the governing coalition.

The big picture: In an unprecedented speech on Thursday, Israeli Supreme Court President Esther Hayut warned that the plan is aimed at “crushing” the independent judiciary and, if implemented, will “deal a fatal blow” to the country’s democracy.

This is a developing story. Please check back for updates.

‘It was a massacre’: fury and grief amid Peru’s worst political violence in years